We have passwords for emails, databases, computer systems, servers, bank accounts, and virtually everything that we want to protect. Passwords are in general the keys to get access into a system or an account.

In general, people tend to set passwords that are easy to remember, such as their date of birth, names of family members, mobile numbers, etc. This is what makes the passwords weak and prone to easy hacking. One should always take care to have a strong password to defend their accounts from potential hackers. A strong password has the following attributes − 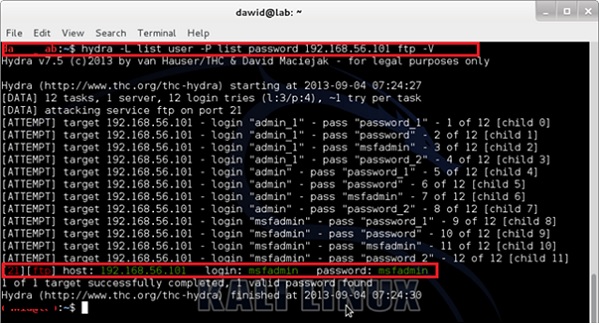 Hybrid Dictionary Attack
A hybrid dictionary attack uses a set of dictionary words combined with extensions. For example, we have the word “admin” and combine it with number extensions such as “admin123”, “admin147”, etc.

Crunch is a wordlist generator where you can specify a standard character set or a character set. Crunch can generate all possible combinations and permutations. This tool comes bundled with the Kali distribution of Linux. PASSWORD HACKING.

Brute-Force Attack
In a brute-force attack, the hacker uses all possible combinations of letters, numbers, special characters, and small and capital letters to break the password. This type of attack has a high probability of success, but it requires an enormous amount of time to process all the combinations. A brute-force attack is slow and the hacker might require a system with high processing power to perform all those permutations and combinations faster.

John the Ripper or Johnny is one of the powerful tools to set a brute-force attack and it comes bundled with the Kali distribution of Linux. 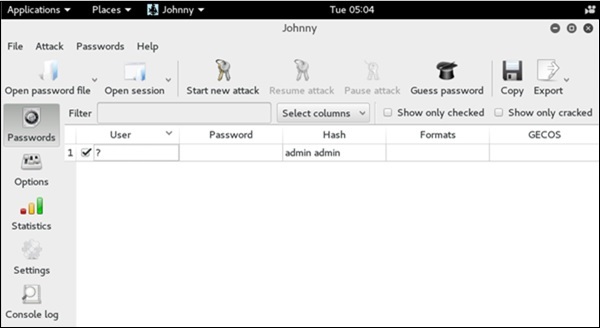 Rainbow Tables
A rainbow table contains a set of predefined passwords that are hashed. It is a lookup table used especially in recovering plain passwords from a cipher text. During the process of password recovery, it just looks at the pre-calculated hash table to crack the password. The tables can be downloaded from http://project-rainbowcrack.com/table.htm

RainbowCrack 1.6.1 is the tool to use the rainbow tables. It is available again in Kali distribution. 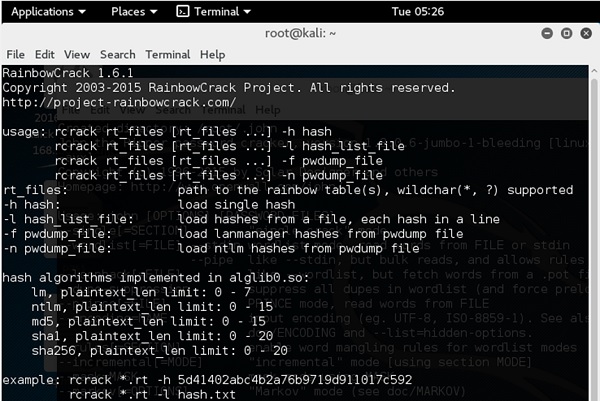 WEP CRACKING WITH BACKTRACK HOW TO CRACK WIFI PASSWORD